The Snowflake installation for Truelty requires the following:

There are three setup script files:

We will run the truelty_setup_1.sql SQL script first. In this script, we will need to add a few details to the script before we run them.

We recommend you run the truelty_setup_1.sql Snowflake Setup Script using the Snowflake Classic UI to accommodate the role changes in the scripts currently not supported in SnowSight UI. The other two scripts we will run in the SnowSight UI, as it supports the Snowflake Scripting Stored Procedure creation.

Steps to run the Truelty Install Scripts on Snowflake 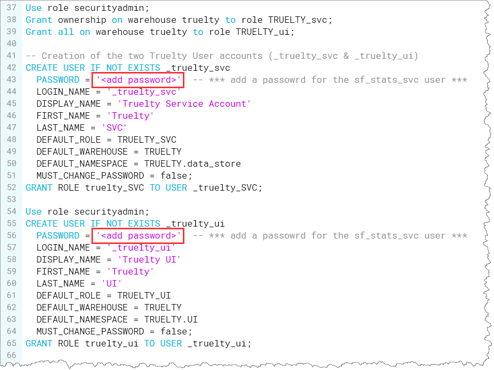 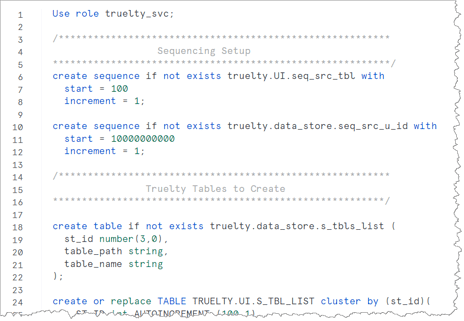 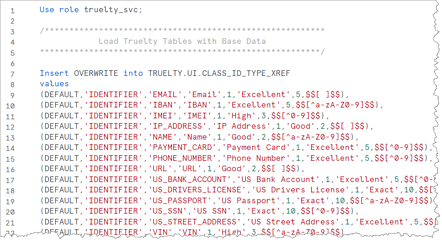 Once all three setup scripts have successfully run, you can delete the three worksheets created for the installation.